Game Music Everyday Memories, a three-year research project by the University of Jyväskylä, collects Finnish memories of game music. The principal researcher of the project, Kai Tuuri, believes that crossing research field boundaries is essential for gaining proper insight into the meanings attached to game music. 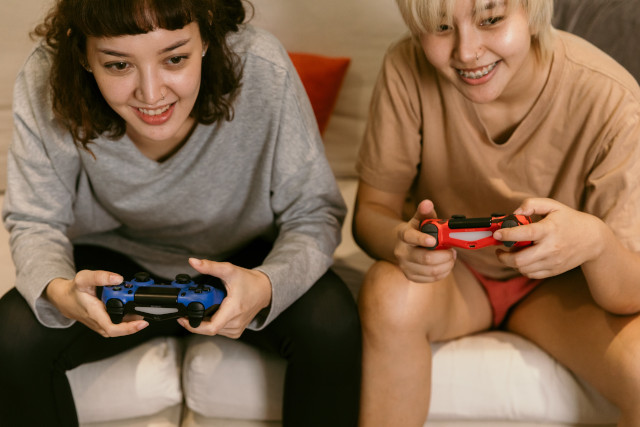 When Japanese Nintendo hired Koji Kondo, a student finishing his studies, as a sound designer in the mid-1980s, Kondo could not have predicted the significance his work on the Super Mario Bros. game would come to have. Over three decades later, the soundtrack of Super Mario Bros. is recognised as one of the most famous game soundtracks in history; its main theme is a staple in the repertoire of symphonic orchestras playing game music, and YouTube is brimming with innovative covers of Kondo’s composition. Music is a vital part of any game, and part of the success of the Super Mario games can likely be attributed to Kondo’s musical contribution. But what kinds of meanings do players attach to game music, and what do game music memories tell us about the life lived away from games?

The Game Music Everyday Memories (GAMEM) project, launched earlier this year by the University of Jyväskylä, studies Finnish memories and experiences of game music. Game research has not yet paid much attention to the musical dimension of games, and the GAMEM project is aiming to fill this gap. The research project is headed by Kai Tuuri, a senior researcher in the University of Jyväskylä Department of Music. The four-member research team examines the most memorable game music experiences of Finns through questionnaires, interviews and written histories.


“Game music as a key point of engagement, that is how the player is musically attached to playing a game, has not yet been widely researched.”

Recently, the research project collected writings on Finnish memories of game music. Memories allow us to return to games and their musical landscapes over and over again. Hearing familiar game music may also remind us of other important stages or events in our lives. The memories collected for the research project are not restricted to video games: for example, the melody played by the Finnish Slot Machine Association RAY (later Veikkaus) poker slot machines since 1986 has become a fixed part of Finnish popular culture.

In collecting the writings, FSD’s Penna textual data collection tool was utilised alongside an open invitation to participate. The data collection has been the most popular Penna collection so far with 195 collected texts, of which 189 will be archived at FSD for reuse.

Along with Tuuri, the interdisciplinary research team of the GAMEM project consists of musicologist Oskari Koskela, cognitive linguist Heli Tissari and game researcher Jukka Vahlo who has a background in folkloristics. Although two of the team members are musicologists, all fields of study are treated as equal in the research, according to Tuuri. He says that significant examination of the meanings of game music cannot be achieved by studying music separately from the practices of game playing.

“Game music is a good example of a genre that is rarely played just for the purpose of listening to music. On the other hand, one song may be repeatedly listened to for hours while playing a game. Game music as a key point of engagement, that is how the player is musically attached to playing a game, has not yet been widely researched,” says Tuuri.

As the research project progresses, some research perspectives, such as music psychology or linguistics, may be emphasised more than others. According to Tuuri, it is important that the researchers are unified by a shared vision of a living and moving body as the foundation of the human mind. As the research project started to take shape, interdisciplinary cooperation also took on a significant role.

“The Centre of Excellence in Game Culture Studies, funded by the Academy of Finland, has for its own part made it possible to cross essential research field boundaries in this project, enabling the collision of ideas and people. When funding was granted by Kone Foundation, which supports bold initiatives in research, the proper realisation of the research idea was enabled,” says Tuuri.

The data collected for the GAMEM research project consists of personal histories, meaning historical information based on people’s individual or collective experiences. Traditionally, collecting oral or written histories has mostly been utilised in ethnology and folkloristics.

Within game research, this approach is not very usual. However, according to Tuuri, interest in personal histories might be growing among game researchers as well. Games often evoke nostalgia, which in turn facilitates colourful collection of histories, oral or written. A vital component in the GAMEM project is the participants’ subjective view of how game music memories take them back to important events in their past.

“From our perspective, personal histories offer autobiographical windows to how people are attached to games and how, for instance, sociability, physical places and life situations are included in the process.”

According to Tuuri, FSD’s Penna data collection tool has proved to be a convenient instrument for collecting personal histories. The development of similar services that meet the needs of Finnish researchers has so far been rare, and Penna was a new acquaintance for the GAMEM project team as well.

“We did not know anything about the possibilities offered by services such as Penna before the project started. As such, it is especially important to advertise the service to researchers, and there are definitely prospects for development in this area,” says Tuuri.

In Tuuri’s view, conducting data collection with Penna makes the researcher’s job easier when it comes to data processing and security.

The data collected with Penna for the research project will be archived at FSD inasmuch the participants consent to the archiving of their writings. The archiving of qualitative data enables versatile reuse of the data even in research that significantly differs from the original purpose of data collection: because the researchers cannot control the contents of the writings, the data can be examined from many different viewpoints. According to Tuuri, this applies to the data collected for the GAMEM project as well.

“I believe that the data could be used in different fields of game research, culture research and music research.”

Data collected with Penna available for reuse at FSD

FSD’s Penna is a data collection tool created to facilitate collection and streamlined archiving of qualitative textual data. Penna’s user interface is only available in Finnish, but data collection is possible in English as well. The service was first introduced in 2017, and since then, around 20 data collections have been conducted with Penna. Feedback on using the service has been positive.

Penna is a convenient tool for collecting writings in essay form. In addition to researchers, students can also use Penna for collecting data for their Master's, doctoral and Polytechnic/University of Applied Sciences Master's theses. Penna is primarily meant to be used for data collection through an open invitation to participate, meaning that the writers’ personal information is not collected or processed during any point of data collection. Background information is mainly collected as categorised data and the writers are instructed not to use real names in their writings.

When data collection ends, the researcher receives the writings and the background information as text files. The writings are also archived at FSD if the participant has consented to archiving. The researcher can define access and reuse conditions. In time, the textual data collected for the GAMEM project will also be available for reuse on Aila Data Service.

“We are happy that the data collected for our project will be openly available to researchers in the future,” says Tuuri.