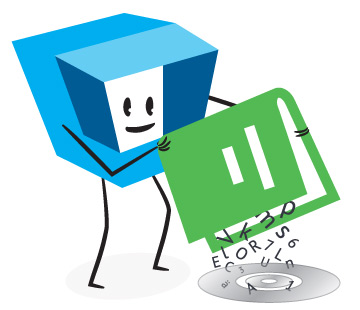 File formats and software are constantly updated and older formats may be replaced by newer ones. There is no single format or software that could be said to surpass others in terms of usability and persistence. At least one copy of files should be stored in a format that is commonly used and supported by several different software or in a fully software-independent format. This increases the probability that the file can be read also in the future.

Up-to-date recommendations for file formats suitable for transfer and long-term preservation of data can be found in the specifications published by the National Digital Preservation Services (digitalpreservation.fi). The specifications do not include all file formats of statistical software, but following the specifications is advisable whenever they are applicable. It is recommended that data to be digitised, in particular, are stored in one of the formats supported to avoid later file conversions. Basic metadata on devices and software used in collecting and processing the data should also be documented.

Several software offer options to export or save data into a different file format (Save as). However, using these options does not always mean that data in the original file is entirely converted. For example, in statistical packages, definitions for missing data may be lost even if the target format supports the feature. When converting files from one text processing tool to another, formatting is often lost or distorted.

Digitisation of textual or visual data in paper format is nowadays easy by using a scanner or a scanning tool and software included in most printers.

When the aim is to store only textual data, scanned text is converted into a text file by using optical character recognition (OCR), which is included in practically all scanners. If paper documents need to be stored with their original formatting or, for example, hand-written notes, the scanned file is saved and stored as a picture file, just like files containing images, illustrations or other visualisations.

is the de facto standard for document publishing. It allows printing documents while retaining the original formatting of images. Using the ISO standardised PDF/A is recommended for documents that need to be kept unchanged. PDF/A is meant for use in archiving and long-term preservation, and it only allows some of the features of PDF and ensures that all the information necessary for displaying the document is embedded in the file. Most office software in use today can be used to create PDF/A files.

Audiovisual recordings on VHS tapes can be converted into a digital format by using a DVD-VCR combination recorder, but a more exact digital copy of the original is achieved by transferring the recording to a computer using a separate device. There are many businesses that offer digitisation services and know what to take into consideration when converting recordings.

Tips and instructions on how to digitise audio recordings on obsolete media (audio tapes and analogue discs) can be found, for example, in the Publications of TAPE, Training for Audiovisual Presentation in Europe (Opens in a new tab)

PDF by the National Recording Preservation Board of The Library of Congress.

A quantitative dataset is typically a data matrix consisting of rows and columns, where one row represents one unit of observation and one column corresponds to one variable. Cells in a data matrix contain numeric or textual information. A data matrix is processed and analysed by using a statistical package.

In addition to a data matrix, most statistical software store metadata in a dataset. The metadata describes the contents of the cells in the data matrix. Typically, this information includes variable names and labels, value labels and definitions for missing data.

Various statistical packages for analysing quantitative data are available. Different packages offer different possibilities to analyse data. Packages also differ in how they handle variable and value labels, missing data and variable formats. There may be significant differences between different versions of the same package.

In social sciences, the statistical packages used the most are SPSS, Stata and R, but there is a wide variety of other statistical analysis software available, including, for instance, Survo, Matlab, Glim, Statistica, NSD-Stat and BUGS. Spreadsheets (e.g. Excel) are sometimes used to edit and analyse research data. Research data can also be stored and analysed in relational databases (e.g. Oracle, MS SQL Server, DB2, MySQL, PostgreSQL).

You can deliver data to FSD in SPSS, SAS or Excel file formats or as ASCII-encoded text files, among others. Careful documentation makes the data usable regardless of file format, software or version.

Statistical packages and their file formats

The first version of SPSS was released as early as 1968. The SPSS Portable format is often used in long-term preservation of research data. There are SPSS versions available for Windows, Linux/UNIX and Mac operating systems. The software is used by selecting commands in drop-down menus or by entering syntax commands. SPSS supports a number of file formats used by other software.

The first version was released in 1960s. Available for Windows, IBM mainframe, Linux/UNIX and OpenVMS Alpha. In addition to statistical packages, SAS offers a wide array of products, including packages for graphs, optimisation and matrix calculations. Primarily used by entering syntax commands, but also has drop-down menus.

First released in 1980s. Available for Windows and Linux/UNIX. Open source R was published at the end of 1990s. R is rather a software environment for statistical computing than a statistical package.

A text file where values are separated by commas. Filename extension: *.csv

A text file where values have a set length, i.e. a fixed width. If a value has fewer characters than the fixed width, the remaining characters are filled with blank spaces, for example. Filename extension: *.dat, *.txt

Most of the qualitative data archived at FSD are textual data. These include diary entries or transcriptions of audio or video recordings, among others. Often the data also contain transcription instructions or writing prompts and instructions for research participants. Textual data can be analysed with text processing tools or software specifically designed for qualitative data analysis (e.g. Atlas.ti, NVivo).

Metadata describing the research data can also be stored in a document file format.

The most common document file formats are:

Research data may consist fully or partly of visual image files. For instance, research subjects may be shown pictures to stimulate conversation or researchers may study pictures on magazine covers or on front pages of newspapers. The most common image formats are:

Research data increasingly include or consist of recorded interviews. File formats for audio and video are dependent on operating systems and constantly changing. When doing research, the file formats used by recording devices are often sufficient, but for long-term preservation the files are usually converted. The most common formats are: