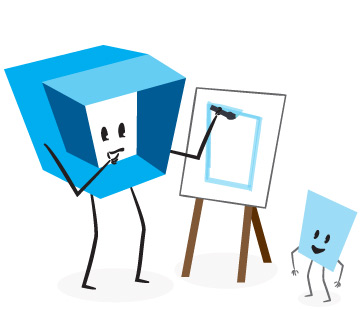 Carefully describing and documenting the content, data collection procedures and variables of research data is essential to ensure the usability of data. Without this descriptive information, that is, metadata, research data are simply a meaningless collection of files, values and characters. An extensive description also facilitates data discovery. Comprehensive metadata containing all key information on a research dataset is also an important part in assuring the reliability of reported results.

When creating metadata, it is important to focus on describing the dataset itself instead of the results, conclusions and publications based on the data.

For each individual research dataset, it is advisable to create a separate directory where both the data and the metadata are stored. Some metadata are usually also included in the actual data file (e.g. variable labels in quantitative data or information in a data unit in qualitative data). Data description can be preserved, for example, as a text file by including the basic information on the data listed below. Another alternative is to select a suitable metadata standard.

Describing data following a metadata standard and storing the metadata in a database is recommended especially in cases where there are a great deal of datasets or metadata. Using a database enables faster searches and facilitates creating various kinds of reports based on the metadata. For long-term preservation, using structured XML is advised.

When applicable, the following information should be stored:

In addition, instructions and other documents given to individuals collecting and processing the data (e.g. interviewers, data entry clerks, coders or transcribers) should be included in the metadata. These can be saved as text or PDF files, for instance.

Description of how the study was conducted

Crucial information include the original purpose of the data, creators/principal investigators, producers/funders, selection criteria of study population and units of observation, and information on how the data were collected. The following information should be documented for both quantitative and qualitative data:

Original purpose : Information on the study for which the data were collected, the theoretical framework and the operationalisations of concepts under study.

Publications : A list of publications in which the data were used and/or described.

Creators / principal investigators : Creators of the data are the individuals who were responsible for the content of the data, often the directors/coordinators of the research project. Additionally, the data collector (can be an external organisation) and data entry and processing personnel (e.g. quantitative data coders and entry personnel or qualitative data transcribers) should be documented as well as the organisations of these individuals.

Producers/funders : The organisation(s) or individual(s) who funded or ordered the collection of data or the project for which the data were collected.

Population/universe : The population covered by the data, i.e. the group of people/things/phenomena which were examined or which the results are based on. (Example: People aged 18 – 79 permanently residing in Finland)

Selection criteria of observation units or data units : Description of the sampling procedure and/or other means used to select the units of observation or data units. For qualitative data, the selection criteria for data units should be described by explaining, for example, how the interviewees or newspaper articles were selected. For quantitative data, the type of the sample and the method used to select a sample that is representative of the population (the group that the researcher aims to examine) should be described. The size of the target population and sample can also be included.

Source data : If the data are not collected through surveys or interviews but are based on an existing data source, information on the source data should be documented: for example, books, articles, register data and online public communication sources such as blogs or Twitter.

Writing invitation provided to research participants (e.g. published in a newspaper/magazine or online), interview questions, questionnaire or interview frame, cover letter and possible interviewer instructions should be saved in the same directory as the data and metadata.

One blank copy of all language versions of the data collection instrument should be saved. In addition to digital copies, it is advisable to save one blank paper questionnaire if it exists.

For computer-assisted surveys without an actual questionnaire, questions and response alternatives as well as the order they were presented in can be saved as a text file.

All properties of a single file should be described. It is recommended that the following aspects are documented for each file:

Much of this information is easily listed by using the dir command in the Windows command line (Command Prompt), which displays a list of files and subdirectories in a directory. For example, the command

creates a new file called filelist.txt which contains a list of all files and subdirectories in the directory Data .

The following information should be documented on variables in a quantitative dataset:

In addition, any changes and edits made to the data during processing should be documented (e.g. removal of duplicates, removal of exceptional values). Some of the descriptive information can be documented in the data file itself.

Contextual information refers to the external circumstances and events that may have affected the units of observation at the time of data collection.

For example, the economic situation, political events, public opinion and various changes in the society at the time of data collection as well as sudden natural disasters and accidents may affect the attitudes, responses and thoughts of research participants when the study is being conducted.

Statistics offer general macro-level information on society at the time of data collection. Individual events may be logged in a diary during data collection, and main news topics and news items related to the topic under study could be documented.

Paradata refers to empirical information on the data collection process. Paradata include the beginning and ending time of an interview, duration of the interview or parts of it, time taken to respond to each question, visual observations made by the interviewer and opinions on the interview situation. A particularly great deal of paradata is generated in computer-assisted surveys and internet surveys. In quantitative data, paradata variables can be stored in the same file with the actual study variables or they can be stored in a separate file. In qualitative data, paradata may be included at the beginning of each data unit or in a separate file (e.g. who was present during data collection or which third persons joined the interview later on).

Metadata can be saved into an ordinary text file. However, various metadata standards can also be used to facilitate documentation.

The Data Documentation Initiative (DDI) (Opens in a new tab)

is an international metadata standard designed specifically for describing research data. At the Finnish Social Science Data Archive, metadata are stored into XML files using the DDI Codebook 2.1 specification. Structured XML is suited for long-term preservation, and various documents can be created based on it. There is also DDI Lifecycle (DDI 3) that allows documenting and managing data across the entire life cycle.

which provide terms to describe various aspects of data, such as analysis unit, mode of collection, data format, sampling procedure, time dimension, type of instrument, and data source types. The vocabularies are useful in facilitating and standardising data description.