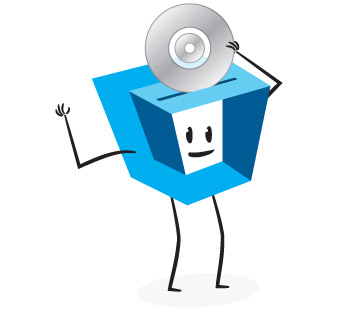 During a research project, the project members are usually responsible for the usability and storage of the data. Archiving typically occurs after the project has ended, and the responsibility for storing the data is assumed by a research organisation, a university, or a unit specialising in the archiving of data, such as the Finnish Social Science Data Archive (FSD). It is also possible to deposit the data in the FSD already during the project and make an agreement that the data will be published only after the project is finished.

Whatever the case, researchers and research groups should have basic knowledge of what data preservation and physical storage entail. Physical preservation requires careful monitoring of data quality and system integrity, upgrade and validation measures, disaster preparedness, and constant development of the system.

It is advisable to create a separate folder for each dataset in which data files, description information, and all other files related to the data will be saved. Access rights should be defined for all folders and files, particularly when they are stored on a server instead of a single computer. For example, it is not necessary that all members of a research project have the right to modify backup files.

Backing up files decreases the risk of partial or complete deletion of data. Several different solutions for saving and backing up data are on offer. Saving and copying on different media is generally easy if the size of the data does not cause restrictions. Survey data are rarely so big as to cause problems, but register data as well as audio and video material may require exceptional measures. Separate working copies and backup copies should always be created for any files related to the data.

Backing up files protects the data from unfortunate incidents such as:

When planning backup procedures, particular attention should be paid to following issues:

In addition to issues mentioned above, instructions given by home organisation should be followed.

Owing to modern technical solutions and economic reasons, people often resort to storing data on hard disk drives (HDD). Because hard disk drives are fairly susceptible to failure, it is advisable to copy the same data to several HDDs or use additional media for backup.

Media and software development is rapid, which constitutes a problem for long-term preservation. Archived data have to be accessible even after the original research project that created them has ended and the software, file format and media are outdated. The most common strategies of long-term preservation of digital information are migration and emulation. Of these, migration is the most useful when archiving research data.

Migration (conversion) refers to the conversion of data files from older system environments to newer ones, for example, when transferring data to another version of a program. Migration has to be done again from time to time when the system environment changes. Storing the data and related metadata in as standardised and simple format as possible facilitates migration and reduces the need for it.

Refreshing is the transfer of data from one storage medium to another. The software needed to read and modify the data will remain unchanged. Refreshing is necessary, for instance, if the original storage medium has deteriorated and if new media are clearly more affordable than old ones. Refreshing often requires updating the hardware environment, for example, purchasing a device that can read the new media.

The range of optical storage media is wide and changing constantly. Common to all optical storage media is that a beam of light, often laser, is used to read them. As of yet, there is no extensive knowledge of long-term data storage capabilities of optical media, but they are well-suited for storing data and transferring working copies during a research project. The most common optical media include:

Optical media are not designed with long-term preservation in mind. The discs must be stored with care, as they are susceptible to problems caused by scratches, fingerprints and UV radiation. For instance, direct sunlight can easily damage an optical disc. The readability of recordable and rewritable discs, in particular, can be temporary. More information on the suitability of optical media for long-term preservation: Risks Associated with the Use of Recordable CDs and DVDs as Reliable Storage Media in Archival Collections (Opens in a new tab)

Various memory cards and memory sticks (flash memory/USB flash drives) are non-volatile memory, meaning that the information stored in them is retained even if the device is powered off. Non-volatile memory is not designed for long-term preservation, although it is not as vulnerable to problems caused by external factors as optical media. Due to their small size, non-volatile memory devices are fit for transferring working copies from one computer to another. There is a drawback to the small size, though: memory sticks, in particular, tend to get lost surprisingly often.

Magnetic storage media have been used for a long time. Digital information can be written magnetically on tapes or hard disks, both of whose storage capacities are larger than, say, those of optical media.

Data security refers to protecting data, systems and communications. Copying and distributing digital research data is easy, but so is accidental deletion and modification. Backing up is part of data security, but in addition to backups, prevention of unauthorised use is needed. The following, among others, should be considered:

In matters related to data security, technical support of the organisation should be consulted and, if necessary, technical services purchased.

The potential disposal of research data must be planned carefully. Accidental deletion of data should be prevented.

Dispensable data files and temporary files created when programs are used should be erased when they are no longer needed. Simply deleting a file and emptying the recycle bin of deleted files does not mean that the file will be erased for good. Recovering deleted files is possible even after a hard drive has been formatted. Special file deletion software can be used to overwrite data, effectively rendering data recovery impossible. Magnetic storage media can be degaussed (i.e. demagnetised) to wipe the data. Physical destruction of storage media (disintegrating, shredding, incinerating, pulverising), when done properly, is the most reliable way to securely dispose of data. Universities and organisations often have their own guidelines on data disposal and destruction.

Preservation of data in paper form

If digital research data have been documented and processed in a way that allows long-term preservation, paper documents related to the data are usually no longer needed. For instance, questionnaires filled in by the respondents need not be archived after the research project has ended.